A Bridge not too far: The Golden Gate Bridge – Day 1

I left Eugene on July 24th.  I would have 5 days to go to San Francisco, cross the Golden Gate Bridge, turn around and be back in Eugene by Thursday, July 28th.  On the bike set up, I added a tent, for the case of not finding a hotel. I don’t like to make hotel reservations and then become hostage of a previously arranged schedule.  That would be the same as work!  I knew I had to be back on the 28th, and that is all I wanted to have planned.  Therefore, the tent, a sleeping bag, and other camping gear are necessary, as I would not know where I would be every evening and whether I would find hotel accommodations on these locations along the way. Also, I wanted to camp at least one night, just for the sake of camping!

I left towards Florence, and had my first stop at the Umpqua river Light House, south of Florence. 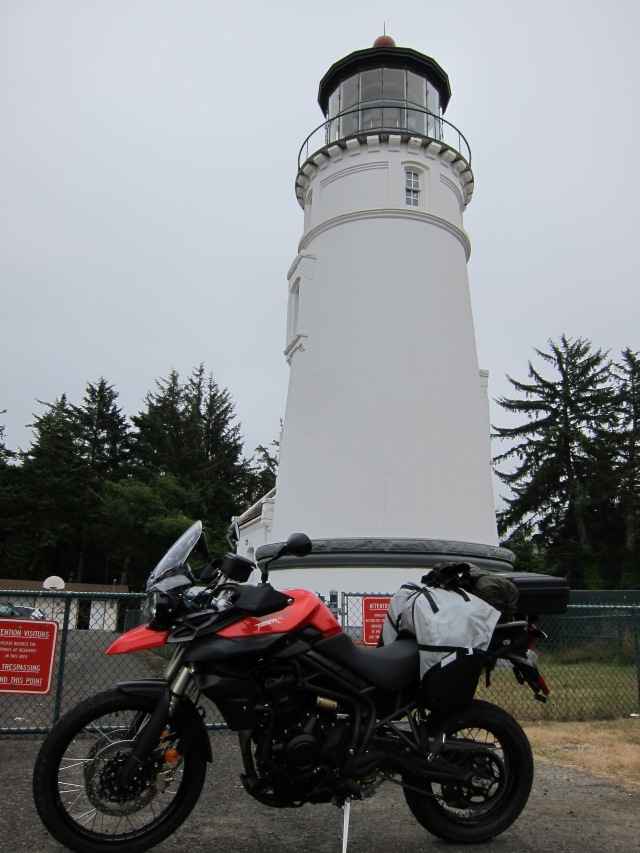 I didn’t know this was the first of the many light houses on the Oregon Coast.

I continued south towards Coos Bay, where there is another historical mark, the McCullough Bridge.  McCullough was the architect/engineer of the several bridges in art deco style that were part of the great depression recovery act.  They are still operational today and are even an income generating investment not only for the obvious transportation facility they are, but also as a touristic destination.  In 1947 this bridge was renamed as Conde B McCullough Memorial Bridge, after McCullough’s death in 1946. 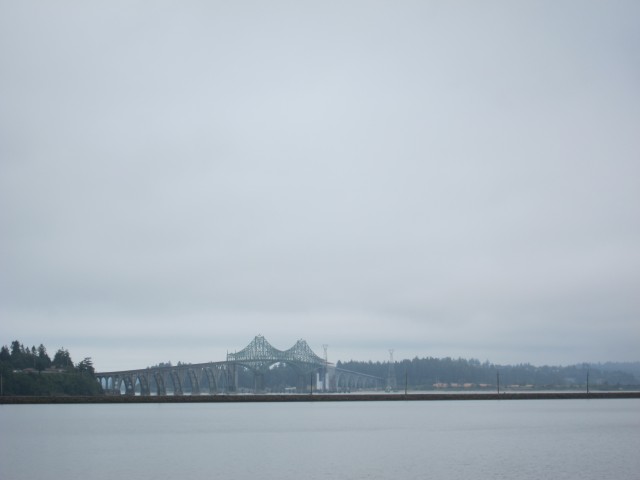 Continuing south, and with a thick fog as a companion, I arrived in Bandon, Oregon. Light house on the back ground, barely visible through the fog.

The beautiful Pacific is there, somewhere… 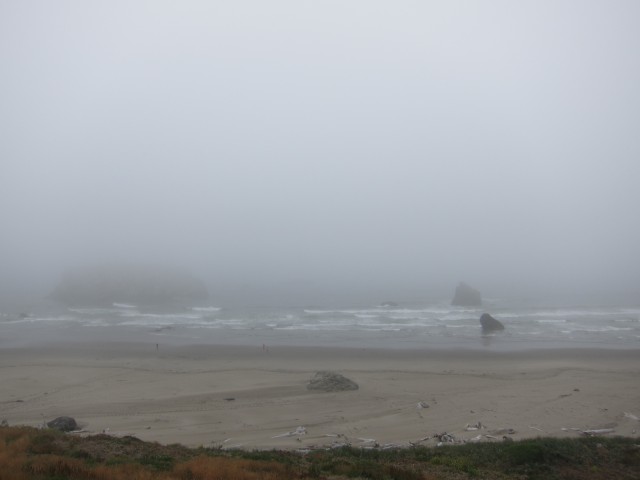 I had to stop every now and then and take pictures. Too beautiful of a coast!

Getting close to Gold Beach, by the Rogue River, Oregon.

Lunch at the Barnacle Bristo, in Gold Beach. 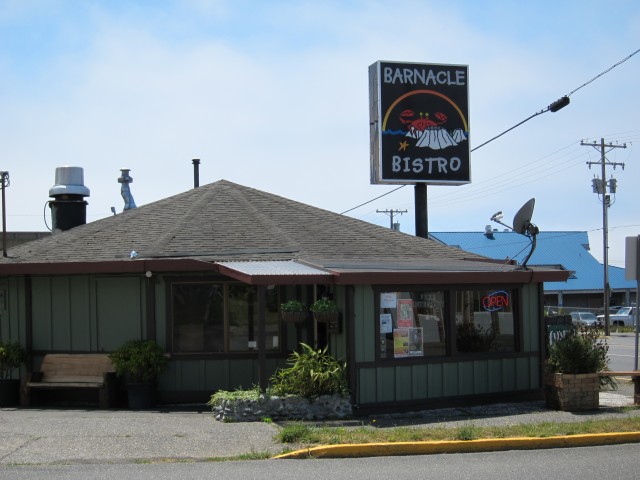 It is motorcycle friendly. 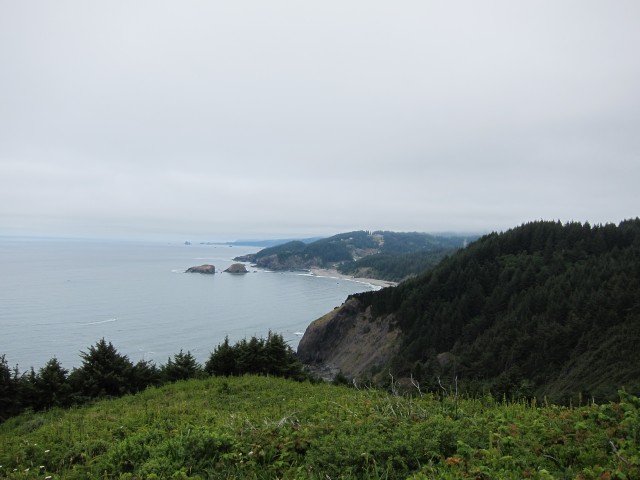 Getting to the Redwood forest, in California, I stopped at the Trees of Mystery site for a photo with Paul Bunyan. That’s where, besides the Tiger, Babe, Paul Bunyan’s Ox becomes another “wildlife” sight.

Paul Bunyan and Babe, the Ox.

I did not take the forest tour. Just took the photo and continued south. At about 4pm I decided to find a spot to spend the night.  Picked a campsite on Patrick’s Point.

After setting the camp, I went south to Trinidad, CA, to get supplies: something for dinner and beer. Found a supermarket in Trinidad. 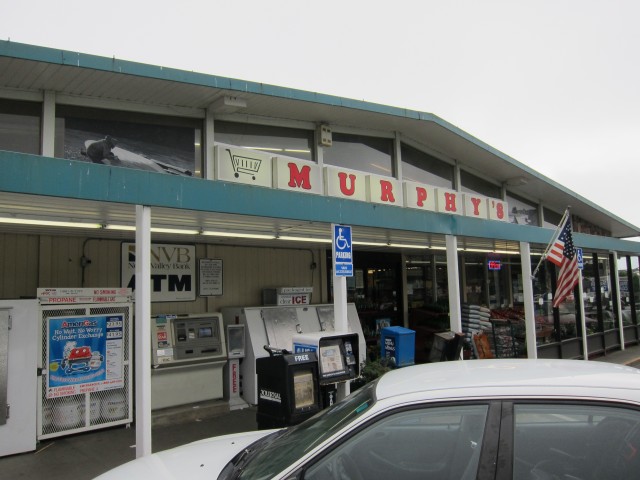 On the way back to the campground, stopped to take a look at the Pacific. Fog and clouds clearing on the horizon.

Upon arriving back at the campground I realized I was lucky to have stopped when I did. The campground was now full.

I bough some firewood, built a fire, had dinner, drank a couple of beers, and that was it for my first day. 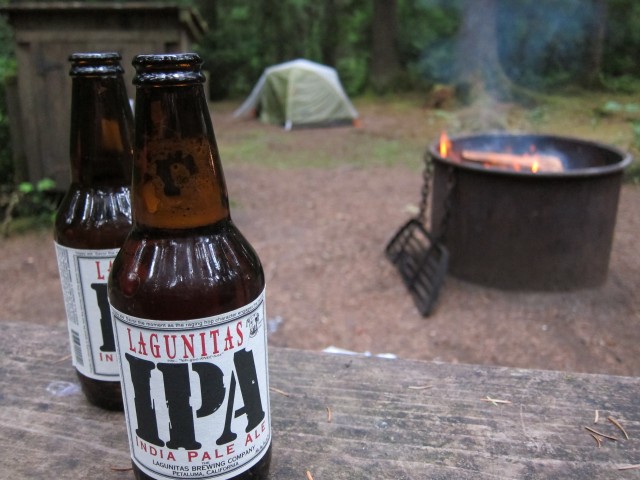 Stats for the first day:

Next: Day 2, from Trinidad to Petaluma, CA.