Che Guevara and the Norton Motorcycle

Posted on December 7, 2011 by cesardagord

You heard (read) it here first! I’m going to show you how the Norton motorcycle was not only a means of transportation for the beginning of Guevara’s journey, but that it can be rationalized as a quasi-protagonist to the story, one of the main contributing factors for the shaping of Ernesto’s view of Latin America and his subsequent political drive. To a point that one can say that it, the Norton, La Poderosa, may have strongly influenced the Guevara actions that shaped history as we know it today.

I’m almost certain you know who Che Guevara was. Or at least you’ve heard of him. His story traveled the world, his accomplishments still influence parts of the world today, for the good or for the bad, according to how you interpret his actions. He was a polarizing character, no doubt about it.  If you don’t know about his story from a live account, or from the history books, you may have known about it from the 2004 film, Motorcycle Diaries.   Che Guevara’s face is an icon. An icon of revolution or revolutionary thought. You will see the image of his face wearing the beret with the star stamped on T-shirts anywhere in the

world. Or his face will be stamped on flags in soccer stadiums in Latin-America. Or in bobble head dolls at convenience stores.

Bored with school, this famous Argentinian, Ernesto Guevara de la Serna, left his home town in 1952 just short from graduating from medical School. He wanted to travel, go north, travel the Americas, go all the way to North America. He went on this trip on a 1947 Model 18 Norton motorcycle with his friend Alberto Granado (incidentally, Alberto died this year, 2011, at age 88 in Cuba – Ernesto was 6 years younger than Alberto).

In 1950 Ernesto had been on a similar journey.  That first time in 1950 it had been a solo journey, on a bicycle with a small Micron motor, where he rode about 2,800 miles through the northern rural provinces of Argentina.  The 1952 journey on the Norton is the one that resulted in the actions that substantially influenced Latin America history. For more detail on the Poderosa II, the 1947 Model 18 Norton belonging to Granado, and the Poderosa I, the motorized bicycle of the 1950 journey, please read Guillermo’s account on the comments section below the post.

So let’s backtrack a bit here. Let’s talk about motorcycles. Have you heard of Peter Egan of Cycle World fame? Although all of you may know about Che, I bet only a very few of you have ever heard of Mr. Egan, a motorcycle journalist.  He writes a column in the Cycle World magazine and he has been writing that column dating back to the late 70’s. More recently, in 2002, he published a book where he compiled a selection of his many writings. It is called “Leanings.”

He chose to start the book with the article he actually used as the main item on his portfolio when he was interviewed for the job at Cycle World. It became his first column, called Dateline Missoula.  It was a piece on his Norton Motorcycle from December 1977. An almost new motorcycle, a 1975 Norton 850 Interstate with about 3 thousand miles on the clock when the incident he reported occurred. In that very well written account (I recommend the book if for anything, for this very story on the Norton), he describes how his mechanic and friend discouraged him to take that motorcycle on a 4,000 mile trip he had planned from the Midwest to Seattle on that bike. I extracted this segment from Egan’s account:

“I told him: Next month Barb and I are riding the bike out to Seattle. He looked at me exactly as my mother had when I told her I’d quit college to join the army: weary, quietly, incredulous.

Take a car, he said.

Take a car. Turn on the radio. Chew gum. Put one foot on the dash. You can steer with one finger and look around at the scenery. Write postcards while you drive. Read the Wall Street Journal, roll your windows up or roll them down – anything. But don’t take your motorcycle.

Because on that bike, you can’t get there from here.”

Well, Egan did not listen to that unambiguous recommendation.  About one thousand miles into the journey and the Norton had a major mechanical failure.  Norton of those days, if not 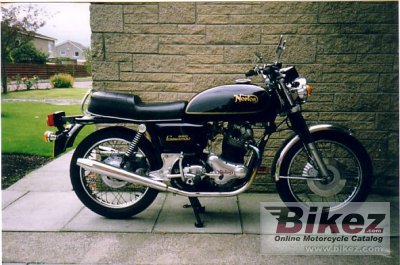 ever, had this reputation for being unreliable. A well known “feature”. Granado’s bike was not different. If yet more troublesome for it being much older and really already used and beat up by the time they left on that 2-up journey.

So this is how Peter Egan’s account intersects Che Guevara’s journey. The motorcycle. A Norton. A famously unreliable motorcycle.  I know, I know, many people have had Nortons that they claim were very reliable. I even heard (read) someone saying he disassembled his brand new Norton and reassembled it himself, the right way.  After which it was reliable, this person said. 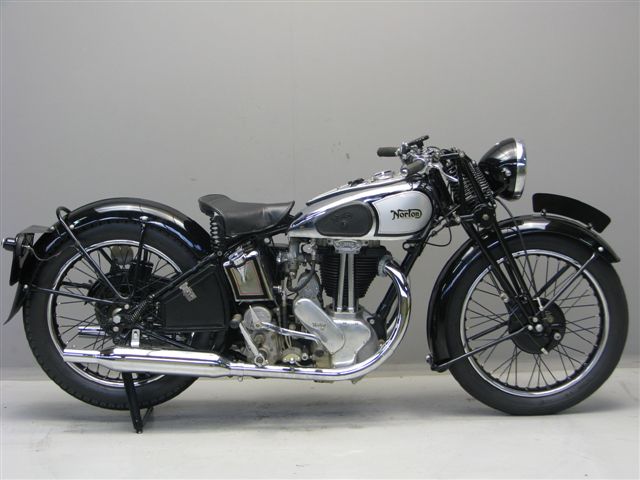 1939 Norton, similar to the motorcycle actually used by Alberto and Ernesto. It is a beautiful bike!

Back to Che Guevara. Although Guevara was a well read person, he had read books of the important thinkers and poets of his time, no one appears to claim he left on this journey with the objective of influencing regional and continental politics of the time.  By all accounts, he had no agenda at that time.

We know his first stop on the journey was at a resort while still in Argentina where Chichina, his girlfriend, was spending the summer with her family and left with US$15 of hers with the promise of buying her a swimsuit when he arrived in Miami.  He promised he would starve but not spend those fifteen dollars. But we all know the story ended on a different note. Something happened along the way. It is assumed his close exposure with the struggling peoples of South America were key in driving him to forget Miami, bikinis, and eventually Chichina.

This is an account from National Geographic on the Guevara journey:

The trip may have begun as a lark, filled with audacious pranks. But, as the film shows, the two men encounter increasing poverty and injustice on their trek across the continent. Historians and biographers now agree that the experience had a profound impact on Guevara, who would later become one of the most famous guerrilla leaders ever.

“His political and social awakening has very much to do with this face-to-face contact with poverty, exploitation, illness, and suffering,” said Carlos M. Vilas, a history professor at the Universidad Nacional de Lanús in Buenos Aires, Argentina.

Well, if that is a plausible conjecture, and many agree with it, then the Norton played a very important role on this process. When on a long trip, the speed of a journey determines the scale by which you get to know the peoples who live alongside the path you traveled. When I was coming back from my trip to San Francisco a few months ago, for example, I stopped in Westport, California. Have you heard of this small town on Hwy 1 by the Pacific? I interacted with three long time residents of that little town, which was something gave me an insight on their lives, struggles, and also the beauty of the place in a way I would not have imagined had I just passed through. I’ve passed by

many places at speed on many road trips and do not know one thing about their people or their history. Every town, village, location has their own history and their own perception of the world history discussed in the mainstream media and history books.  If you ever have been on a trip and your car broke down, and you had to wait for a couple of days for parts to arrive and the car to get fixed, you know what I’m talking about. It is as if you start wearing a magnifying glass and you will see the detail of the residents’ lives and history.  There is always something interesting to learn.  When you travel abroad this sense is heightened making the experience a much more intense one.

It so happened that the Norton broke down many times in Che Guevara’s trip. At some point, early on the trip, still in Chile, they had to get rid of the motorcycle.  They started on foot and hitch hiking. They were now experiencing first hand what are other people’s struggles. They were traveling at a very slow pace.  They were traveling on the same terms as the locals did. In fact, they had become one of the locals. Especially important is the time they spent with a group of miners in Chile. Miners were known for their plight, and their political stance and political engagement in South America.  Still are today. For Ernesto and Alberto, it was a face-to-face contact with poverty, illness and most important, exploitation, as pointed by the quote from Prof. Carlos M Vilas described in the National Geographic text.

The Norton of the film.

If they were riding a BMW… Let me rephrase that, if they were riding a Honda (if Honda motorcycles existed at that time, of course), they would have cruised towards Miami. They would not have spent that much time stopped, and not have experienced so much face-to-face time with the struggles of the people along the way.  I would not dare to say he would be a retired Doctor in some sunny and warm beach in Florida today. But if their Norton motorcycle had not failed, we would certainly have known a different Che than the one described in the history books today.

This is not about discrediting Guevara’s capacity to react to perceived social unfairness and what he accomplished with what he learned. It is about the level of exposure Norton afforded him which put his thoughts in gear and eventually triggered his actions. Blame it on Norton motorcycles or thank Norton motorcycles for it, depending on which side of the “revolution” you stand.

A word of caution: I don’t recommend you take my writing about this too seriously.  Imagine this simple idea was concocted at a bar table, after a couple of beers (which is exactly how it came to be), so take this in consideration when you read it. But don’t discard the possibility that it may had been the case that the Norton, La Poderosa, had a larger role in shaping history than what history books tell us.

16 Responses to Che Guevara and the Norton Motorcycle