I was invited to an organized rider with the nice folks of the local Triumph dealer. I probably mentioned this before, but just in case I will say it again: I’m not much of a group rider.  I like it best when I’m riding on my own, or with a very small group of riders that I know well.  But I always welcome an excuse for a ride, and it would be good to explore a new area of the state.  I had never heard of the Steamboat Inn, so let’s check it out.

But I wanted a longer tour, so I got from them the exact location where lunch would take place and I took off for a longer tour.  I started by checking Triangle Lake, the opposite direction of where everyone would meet for lunch. Only people there were the fishermen. As the sun goes further up, motor boats, water skiers, kids and sunbathers take over the lake.

From there I turned around and went on the direction of the Steamboat Inn by taking these nice two-lane roads that are everywhere in Oregon.  Here is Territorial rd as the sun starts shining. 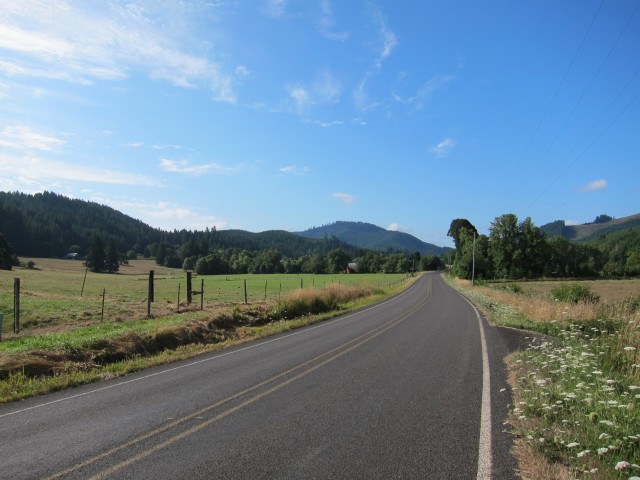 There is something especial about riding a perfectly tuned machine on roads like this with gentle curves, beautiful landscapes, and no cars. The road is all yours. Where in the world do you have these perfectly paved roads with so much light use? Granted, I love riding the off-pavement roads as well.  But the options are here in Oregon, like a buffet, you pick the pavement you want, accompany that with the landscapes of your choice, and if it happen that you are also lucky to have motorcycle options, then you get dessert too. As much as I enjoyed Territorial Rd, I needed to go south and east and cross Hwy 5.  Going past Sutherlin, OR, I took County rd. 200 and was now riding on the north banks of the Umpqua river.

Above you see a view looking east, where trees get more sparse and it looks more like a California landscape.  Looking back from where I was coming, it looks more like the Oregon everyone hears about. The green part of the state. 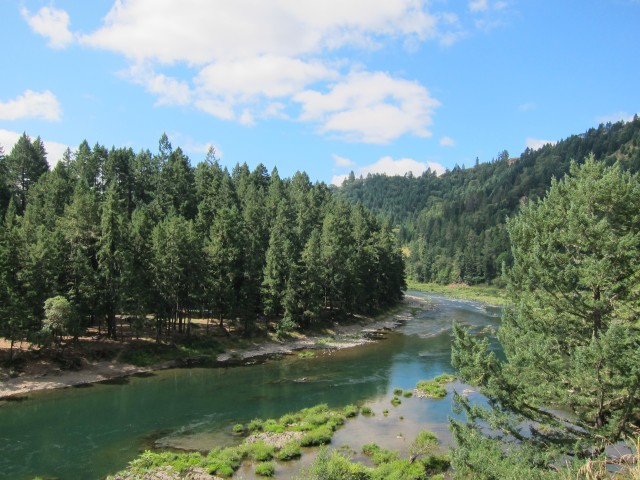 I had arrived at the Steamboat Inn.Soon after the group arrived.  I realized I was riding anti-clockwise to get there, they arrived from the other way. 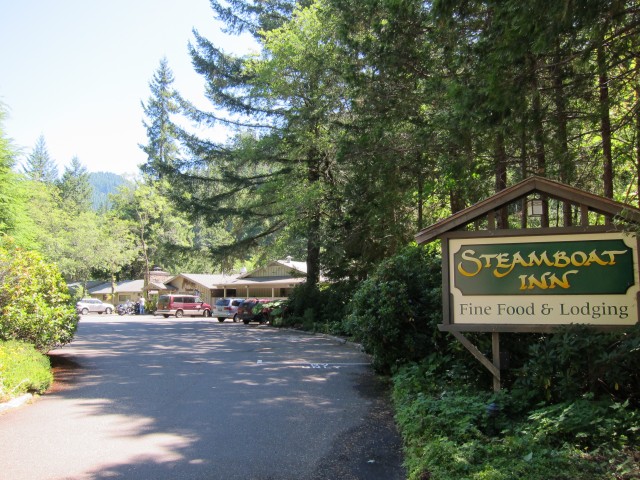 Steamboat Inn is a hotel and restaurant squeezed between the Hwy and the river. 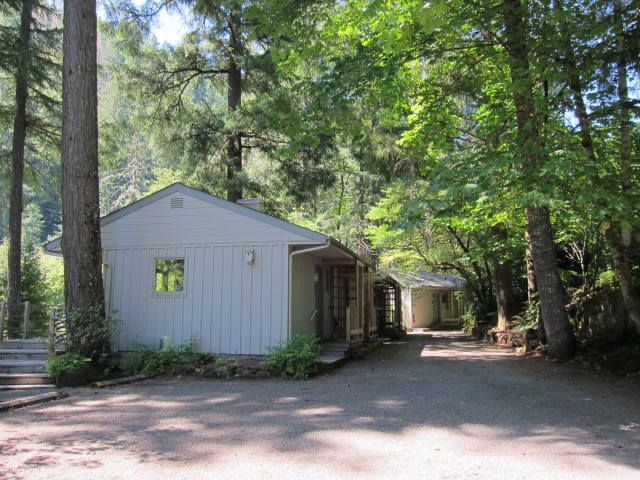 The restaurant, as viewed from the river side of the main building.

The view of the river from the restaurant.

The food was OK, country style. I should had tried something from the breakfast menu from what I saw on other people’s plates.  After the meal, everyone got back to their bikes. They continued their travel on 138, the direction I had come from. 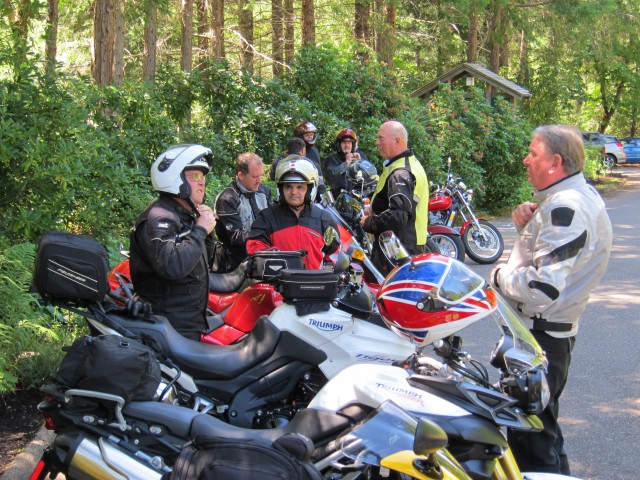 And I took the way they had come from.  A single lane, paved road, that climbed up towards Adams Mtn. on the Umpqua National Forest.  Here is the video of what it was riding this single-lane road.

At some point I was at the highest point on this trip, about 5 miles west of the Bohemian Lookout. I took Sharps Creek rd down to Row River rd. and from there towards Dorena Lake.

Soon I was home. 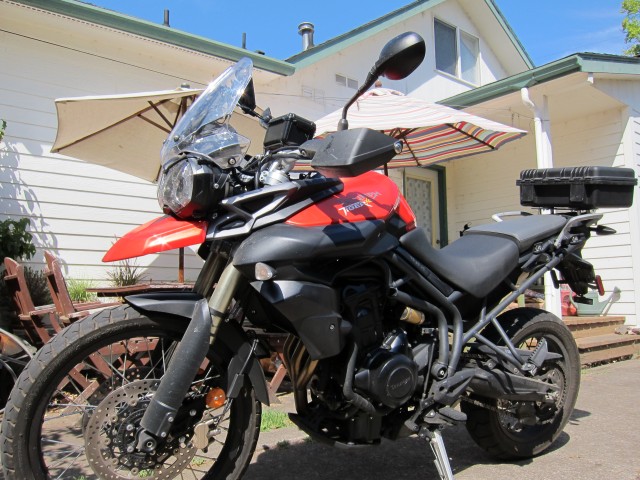 What’s next? Thank you for reading.