There are few cameras that meet my most important criteria: be small enough to fit in a pants’ pocket, and still take reasonable shots.  I came across a few positive reviews of the Canon S95, I took a closer look at it, and I bought it. It manages to produce quality photography in a point-and-shoot package.  It shoots 10mp, has aperture and shutter speed priority modes. And many other features.

One of its good qualities is the larger sensor, the same size as the one in the G12, giving this camera a great capacity for shooting in low light. 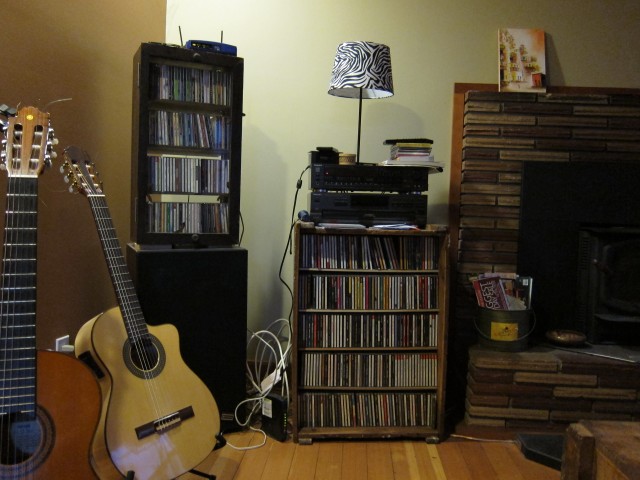 The Willamette river during the day: 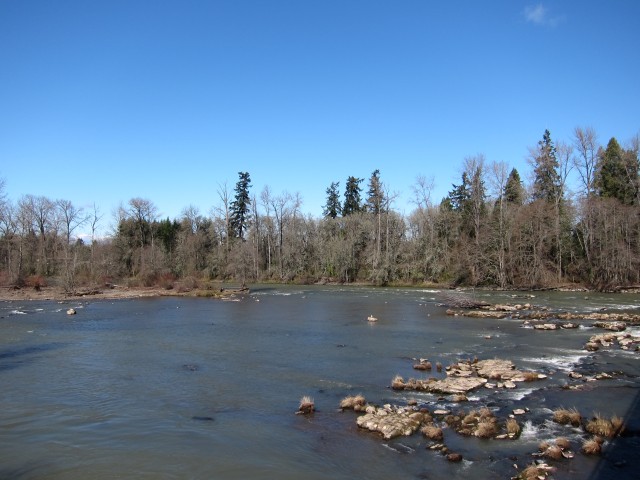 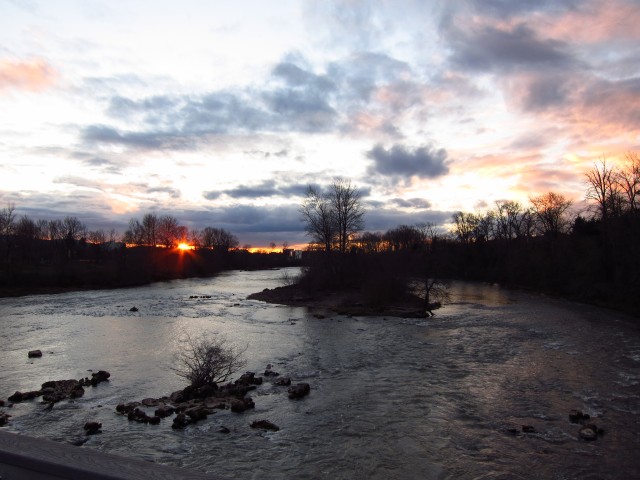 The camera has all those Canon features found in other PowerShot cameras, such as color priority: I picked the orange of this bicycle, for example.  The camera allows you to graduate the margin of tones of color outside of the color you picked, making it more narrow to that very tone or allowing more variation of tones of orange. This photo is on default setting. You can see some color on other surfaces where the tones approximate the orange. 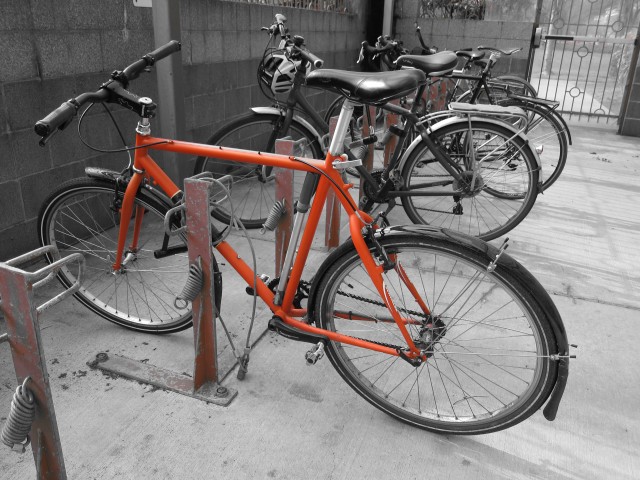 What about this red? 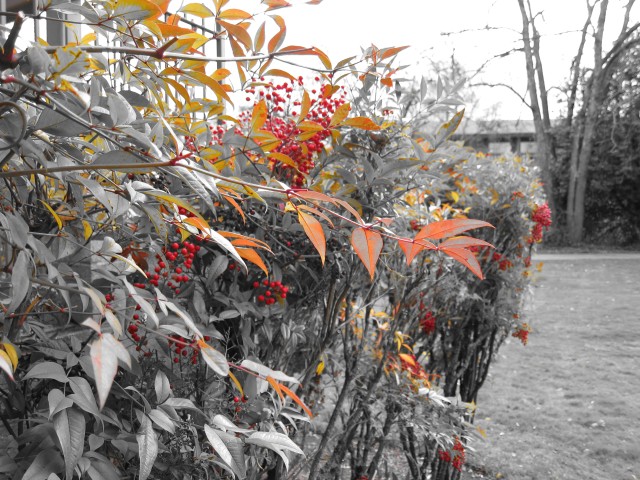 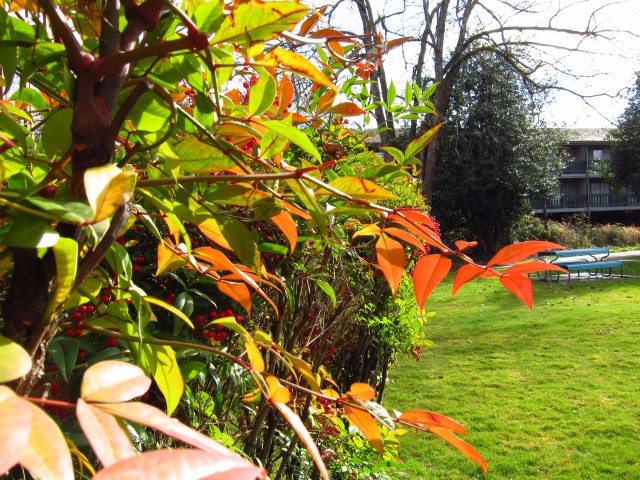 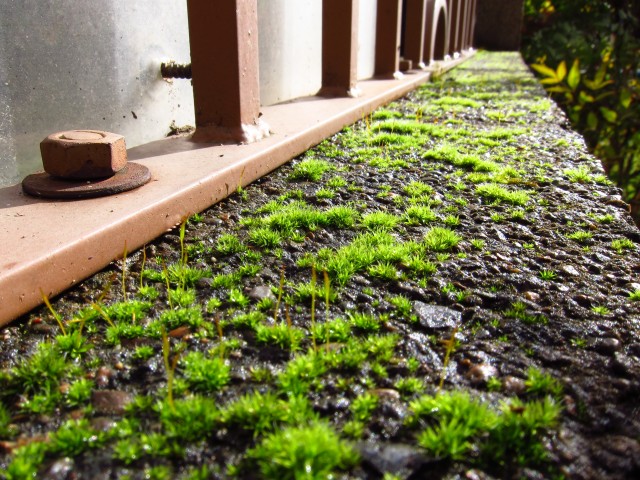 Depth of field and enough detail for a point-and-shoot camera. Here on aperture mode, f4.9. 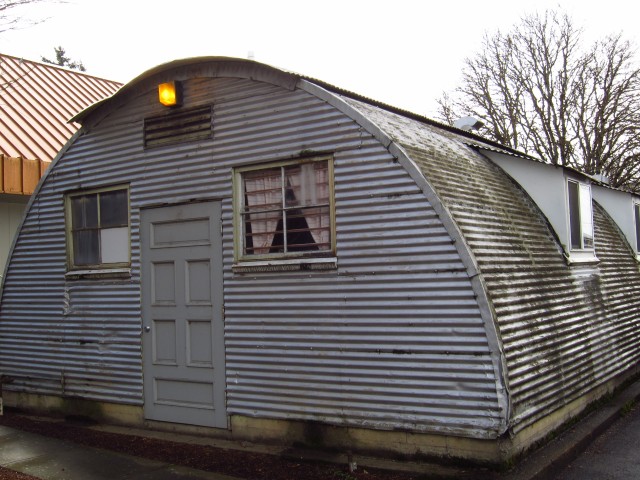 The first battery charge was enough for 200 photos and a few short videos.  It will require a spare battery when taking it along on some of my motorcycle rides.

The one negative aspect of this camera, so far, is the flash operation.  The flash will come out from the top left of the camera, and will push the fingers you may have holding the camera on that side.  The camera, in fully automatic mode, may bring the flash out of its pocket automatically. As a default, I always operate in manual mode, usually on aperture mode. And I also make sure I have the flash turned off.  But when you have it in “point-and-shoot mode, which I believe most people will do, this may be problem.

Oh yes, what does it look like? Here it is. 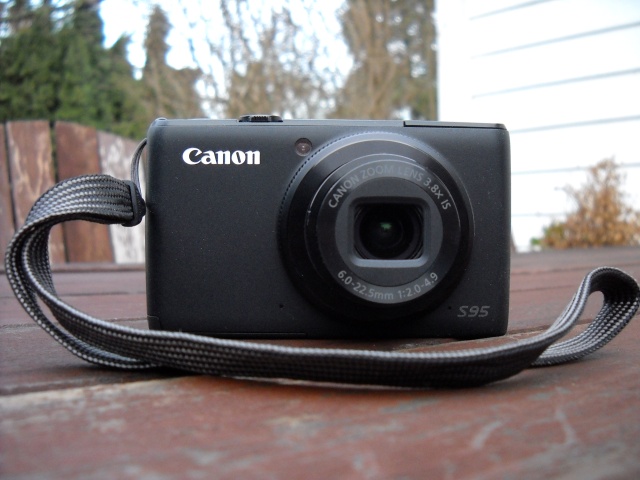 What’s next? A regular DSLR. The EOS D600 (Rebel 3ti) is on my short list.  But first, I have to see the many pictures the S95 can help me make happen.  The real test will happen when I try it out on my next motorcycle adventure.

This entry was posted in Product Reviews. Bookmark the permalink.